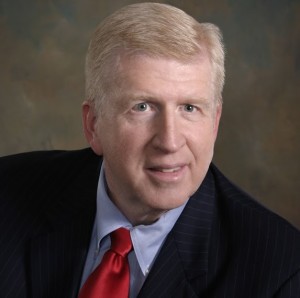 His Atlanta criminal defense attorneys also handle traffic tickets, where a citizen’s driving privileges and a clean record are of paramount importance. By creating a statewide network of other top DUI lawyer affiliates, Bubba Head can help callers find a top criminal defense attorney. Mr. Head’s firm also accepts cases for those who face the threat of indictment or a probation revocation, as well as handling an appeal or seeking Habeas Corpus relief when a person is incarcerated. The Georgia firm’s attorneys have over 200 reported appeals to their credit, with Mr. Head having handled most of those cases.

As a member of over a dozen prominent professional organizations, Mr. Head has demonstrated his dedication to mentoring and teaching others. The idea for the National College for DUI Defense originated with Mr. Head. The Mastering Scientific Evidence in DUI-DWI Cases Seminar was launched by Mr. Head in 1994, and is one of America’s top training programs for DUI-DWI attorneys. He held the first organizational meeting for NCDD.com at his Atlanta office in October of 1994. In 2003, the National College took a poll of its 600+ members, and Mr. Head was named the “Best DUI Lawyer in America”. This is the only such poll ever taken by NCDD.com. He also was named as a recipient of the National College’s Erwin-Taylor Award, an honor only bestowed on a handful of DUI attorneys across America. 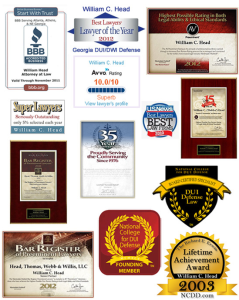 For over two decades, Mr. Head has received the top recognition of an AV-Preeminent rating from Martindale-Hubbell, which reflects the highest level of professional achievement. His firm has been one of Martindale-Hubbell’s Pre-Eminent Firms for over 15 years. Since 2009, Best Lawyers in America has named him to their highly exclusive list of attorneys. Super Lawyers has named Mr. Head to EVERY list of Georgia attorneys since its inception in 2004. He has held the highest possible rating with AVVO.com since the attorney review service was launched. He has also been honored with listings in many professional publications, including Order of Barristers, Who’s Who in the World, Who’s Who in America and several other Who’s Who listings.

Mr. Head initially established himself as an expert in the field of DUI defense in 1991 when he wrote “101 Ways to Avoid a Drunk Driving Conviction” (co-authored with the late Reese I. Joye, Jr.). This is the largest-selling book in history on the topic of DUI defense. That book was followed by “The DUI Book” in 2006, which is a detailed, easy-to-comprehend 430-page reference manual for DUI-DWI clients who are facing prosecution. Mr. Head originally wrote (in 1996), and presently is co-author of the definitive “Georgia DUI Trial Practice Manual” that is published by Thomson-Reuters-West Publishing.

Mr. Head is also one of fewer than 60 attorneys in America who is Board Certified in DUI Defense by the National College for DUI Defense. Many states, including Georgia, do not recognize board certification that has been vetted by the ABA, but this designation — in the DUI Defense World — is significant. Contact William C. Head, TeamDUI.com founder, at 844-832-6384 24 hours a day, even on holidays.