If you were arrested for DUI and the police gave you a DUI breath test, they recorded your blood alcohol content, or BAC. In all states, the maximum BAC level is 0.08% if you are over 21. The BAC level for drivers under 21 can be as low as 0.00%, which means zero tolerance. Call 844-832-6384 at any hour and talk to a top DUI lawyer in your area about proven ways to win your DUI case! 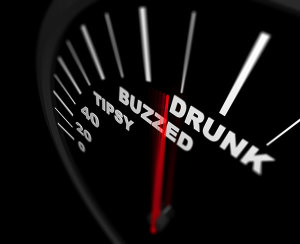 Widmark’s basic formula for calculating a person’s estimated Blood Alcohol Content (BAC) at a particular time may be expressed as follows:

The Variables in Widmark’s Formula

A = liquid ounces of alcohol consumed
W = a person’s weight in pounds
r = a gender constant of alcohol distribution (.73 for men and .66 for women)*
H = hours elapsed since drinking commenced

Finding A in the BAC Formula Calculator

The Numbers in the Widmark Formula Calculator

The use of the above formula can best be illustrated by employing it to calculate BAC in practical examples. In the examples below, the alcohol distribution ratios used are .73 for men and .66 for women. The alcohol content was determined from the Alcohol Content of Common Beverages list, and it is assumed that all beverages were consumed on an empty stomach. In using the BAC formula, it should be remembered that the body begins to eliminate alcohol immediately upon absorption and continues to eliminate it until it has been completely removed from the body.

A 170-pound man consumed seven 12-ounce bottles of regular beer between 8 PM and midnight. What was his BAC at 12:30 AM?

A 205-pound man consumed six 12-ounce bottles of light beer and three 5-ounce glasses of wine between 7 PM and 10 PM, and was found by a breath testing instrument to have a BAC of .16 at 11:15 PM. Is the test result consistent with the amount of alcohol consumed?

A 160-pound man who had consumed an unknown quantity of alcohol was involved in an automobile accident at 9 PM. After the accident, the man consumed 4 bottles of regular beer beginning at 9:30 PM. At 11 PM. He was arrested and was given a breath test that indicated a BAC of .14 percent. What was his BAC at the time of the accident?

In this example, the BAC caused by the alcohol consumed after the accident must be calculated and subtracted from the BAC indicated by the breath test. It is important to note that, in this calculation, the period of elimination (H) starts with the time of the accident (9:00 P.M.) rather than the time of commencement of post-accident drinking (9:30 P.M.). The reason for this is to account for the pre-accident alcohol that was eliminated between 9:00 P.M. and 9:30 P.M.

In the above examples, it was assumed that all consumed alcohol was fully absorbed at the time for which the person’s BAC was calculated. This assumption may be valid in situations where the alcohol was consumed on an empty stomach and an hour or more had elapsed between the end of drinking and the time of calculation. However, if food was present in the stomach at the time of drinking, or if any other condition existed that would have slowed the rate of alcohol absorption, the assumption is almost certain to be invalid.

For more information on the gender constant of alcohol distribution, read our page about Blood Alcohol Content (BAC) Calculation & Distribution.