DUI Lawyers for Defense of Driving Under the Influence Cases

Being arrested or charged with driving impaired can be a life-changing event. The USA is the world’s only nation that does not utilize a single phrase of acronym for impaired driving. In this article, some of the different descriptive “titles” and abbreviations used across our country to identify intoxicated driving or drugged driving will be explored.

DUI-DWI Lawyer, or Other Acronym? Driving under the influence (DUI) is (by far) the most common description of the criminal act. About 35 states use that acronym exclusively.

Thus, the most highly searched legal services terms in the United States are DUI attorney and DUI lawyer. This numeric superiority for use of driving “under the influence” means that most arrest drunken drivers and stoned drivers search for DUI attorneys near me.

Yet, it was not used by the first, second or third states to pass drunken driving laws. New Jersey (in 1906) was the first to use DWI (driving while intoxicated). After that, New York and New Mexico added DWI laws in their states in 1910. To confuse things even more, certain states (e.g., NC) call their law “driving while impaired.”

DUI vs DWI: What is impaired driving?

Operating under the influence (OUI) is how three of our states (Maine, Rhode Island, and Massachusetts) describe this crime. So, you will need to search for OUI lawyer or OUI laws in those states, if accused of operating a vehicle under the influence.

Only in three northeastern states will you find OUI attorneys near me at a law firm offering criminal defense legal advocates. As mentioned above, those three states use the abbreviation O.U.I., and not D.U.I. or D.W.I.

Several large population states have DWI lawyers near me. Texas, New York, New Jersey, Missouri, Minnesota, and North Carolina all use the abbreviation DWI in describing their drunk drivers or drivers accused of DWI-drugs.

How is the DWI-DUI Crime Committed?

Driving while impaired typically starts by getting behind the wheel after consuming alcoholic beverages, ingesting marijuana, or any other mind-altering substance. This can include contraband drugs like crystal meth, LSD, cocaine, prescription medications or any designer drug like Molly.

A person’s mental or motor skills can be obtunded by snorting, injecting, absorbing (through the skin with a patch), or swallowing such impairing substances or chemicals. However, alcohol-impaired driving accounts for over 88% of all DUI/DWI arrests. This includes all types of chemicals or toxic vapors, and such substances are criminalized in virtually all states.

A first offense DUI is the most common crime. Eight out of ten arrests each year are for first offense DUI-DWI drivers. Part of the reason that such a large percentage are involved in 1st offense DUI arrests is that almost all of them never expected to be accused of drunk driving. Once a person experiences arrest and being jailed, this wake-up call convinces most first DUI offenders to not risk another future after that initial nightmare experience.

Multiple ways to obtain a conviction for driving impaired. In 2021, police officers across the USA are trained similarly on DWI-DUI enforcement. This is due to federal efforts to systematize traffic stops and investigations. Since 1970, this has been led by N.H.T.S.A. (the National Highway Traffic Safety Administration), a federal agency assigned to the Department of Transportation.

How A Police Officer Makes the Case against You

The centerpiece of NHTSA’s work is publishing guidelines for detection of possible impaired drivers, plus training on how to get drivers to start talking to the law enforcement officer before any sort of “custody” might trigger Miranda warnings. This methodology often entices frightened motorists into talking, and (in doing so) self-incriminating.

As soon as an admission is obtained of having had some alcohol, or the prior use of marijuana, the officer will shift over to “asking” the person if he or she is willing to perform some roadside tests “to make sure he or she is safe to drive.” This is when the NHTSA DWI standardized field sobriety tests are offered.

In over half of all DUI investigation cases, the officer will offer a portable breathalyzer to screen for alcohol in the person’s breath. This is done to gather possible additional direct and circumstantial evidence of a possible impaired driver. Depending in state DUI laws, the numeric reading from a preliminary screening device may or may not be admissible.

Next comes the reading of implied consent or informed consent advisements that basically tell a handcuffed driver that the police want him or her to allow post-arrest testing of blood, breath or urine. The “numbers” are used to determine what is in their bloodstream. In most states, the warning is read to the detained citizen at the police station or jail, but in some states (GA for one) it is read at the roadway.

A numeric reading from a test of alcohol content or quantitation of drugs or illicit chemicals within the person’s bloodstream is not needed for the prosecution to obtain a conviction at trial. This is because prosecutors all over America have been able to convince their state legislatures to enact “impaired” driving definitions in statutes that are broadly worded to allow convictions with scant, real evidence.

Some catch phrases will show how comprehensively the statutes proscribing DUI-DWI can be:

So, in states like Georgia, simply admitting to having smoked marijuana before or during driving might be enough for certain juries to convict, even without any proof of errant driving. The more conservative the state (e.g., Utah, Louisiana, Kentucky), the more likely jurors will also be highly conservative. 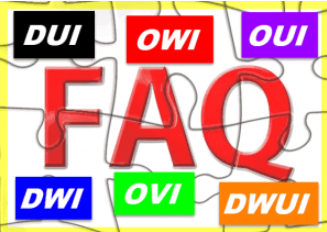 What is the Legal Limit for Alcohol Concentration?

Through national coercion by NHTSA, all states have now passed what is called “zero tolerance laws” for all drivers under age 21. Their objective was to criminalize the mere presence of any trace of alcohol as being a crime, for these drivers, regardless of impairment.

Another “carrot-and-stick” initiative of NHTSA was to coerce all states to impose a lengthy loss of driving privileges for anyone who refuses post-arrest testing. The recommendation was for at least 180 days, but states like Georgia call for a one-year suspension for a DUI refusal. The guidelines permit states to issue some sort of hardship license (to get to and from work and other limited purposes) for those who show proof of rehabilitation of some type (like DUI school or alcohol and drug screening and treatment.

All states have laws for commercial motor vehicle (CMV) drivers setting their permitted BAC level at 0.04 grams percent or more. Furthermore, much more strident sanctions exist (on impaired driving charges) for these big rig drivers, due to the extreme risk if fatalities and serious bodily injury if collisions with smaller vehicles occur. 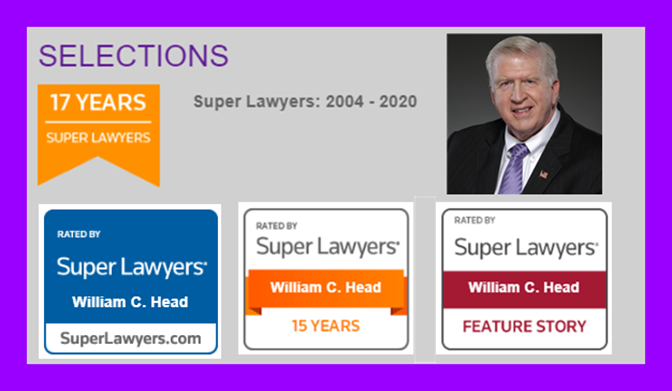 William C. Head, DUI defense lawyer since 1976, started TeamDUI. His DUI law offices near me are in Atlanta GA, as well as in the Sandy Springs area, plus satellite offices in Alpharetta and Marietta.

By offering a FREE lawyer consultation with DUI lawyers near me, TEAMDUI seeks to match needy clients to veteran DUI-OUI-OVI attorneys.

Experience and skill are demanded even more for any motor vehicle crash where one or more people died, or suffered grievous bodily injury, which almost always leads to felony DUI-DUII charges. A second very serious situation arises if charges of child endangerment DUI are added, since this is a DUI felony in some states, and other can drastically increase DUI penalties for these cases.

Call today to our national number, if you have trouble connecting to criminal law professionals shown on our maps of city and state page locator tools. 844-TEAM-DUI (1-844-832-6384).

Other Quick Links to some of our TEAMDUI Affiliates’ Sites:

OWI lawyers near me for violations of OWI laws in Michigan

OUI lawyers near me in Southern Maine